Interim Leadership As A Career Path 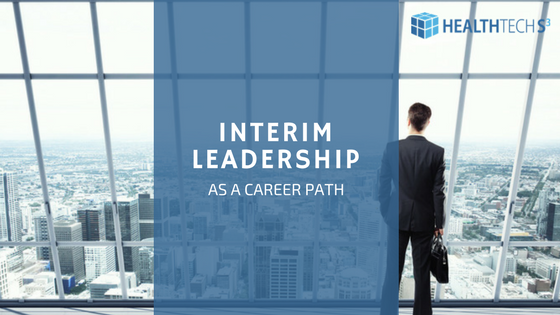 Interim Leadership as a career path:

So, you are considering the leap into Interim work as a profession?  No, this is not an oxymoron, many people now are choosing Interim work as a permanent career option.  There are many rationales for doing this; among them are the ability to choose when and where you work, doing the kind of work you are best at (or really enjoy), and the sense of providing value to an institution as a “doer” instead of being a consultant.

A professional interim leader is no longer just someone who is trying to fill the gap between permanent positions.  In fact, since the average tenure of a senior executive these days has dropped below 4 years, everyone is an interim to some degree.  Interims are typically uncomfortable being in a “caretaker” role, and prefer instead to help an institution move through a transitional phase (loss of a senior leader, implementing a new project or service line, or solving an urgent problem such as a financial turnaround, or repairing the damage from a blown survey).

Interims tend to be action oriented, quick studies and willing to jump right into problem solving.  They are also politically astute and can rally organizations around the needed action.  There is an additional benefit to the organization in that the interim is generally not seen as a threat to the internal, incumbent staff as they are “short timers.”

The work itself is typically gratifying as there are usually a few distinct problems to address. Those problems are often highly visible and thus supported by the board or other senior team members.

Interims usually work as independent contractors for an organization (and generally through a placement service such as HealthTechS3).  Those services will identify positions as they come available and try to match the qualifications and availability of the interims in their candidate pools.  Once matched, the candidate is set up for a phone interview with the client facility, and, assuming all goes well, placed with the hospital in short order.  Interim opportunities tend to come up quickly, and the average time from the client hospital identifying the need to the on-site placement of the interim is generally less than two weeks.  Typical interim assignments run from 3-6 months.